Mirrorless cameras are smaller and lighter than DSLRs. Oftentimes, they shoot better video because they have better autofocus. But DSLRs are often more versatile and have a greater selection of lenses. If you’re thinking of getting a new camera, let’s take a look at two popular models to see which one will be the best for you. 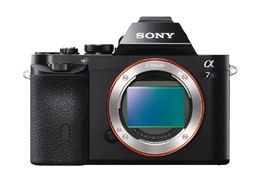 Sony’s Alpha a7S is a compact, lightweight mirrorless camera well-suited to professional videographers and indie filmmakers who want an affordable option for cinematic video. Although it doesn’t feature internal 4K recording, it can output 4K to an external recorder. The internal 1080p footage is recorded in XAVC S , a native Sony format that doesn’t have AVCHD’s bitrate restrictions.

While it’s a 12-megapixel camera that takes great still photos, the Alpha a7S is really made for filming. The footage it shoots in 1080p is very clean and free of moiré. Professionals will like its superior performance in low light conditions and expert options, like focus peaking and zebra highlight warnings, as well as S-Log2. These options are helpful when working with other lenses. The on-board lens has optical stabilization but there is no digital stabilization.

The Alpha a7S has both microphone and headphone ports. You can add an adapter to add two 48V phantom-powered XLR mic inputs. You can shoot silently and also use the built-in Wi-Fi with NFC for remote control as well as sharing photos.

The standard battery is good for about 360 minutes of continuous shooting. While it comes with an external battery charger, you can also refill the battery with the included USB cable. If there’s any downside to this camera, it’s that it lacks a built-in flash. 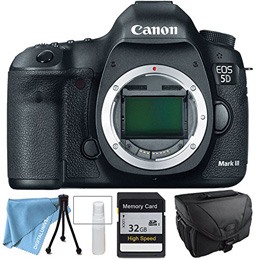 How does the Canon 5D Mark III DSLR pair up against the mirrorless Sony Alpha a7S? If you compare the Raw files, the Sony camera beats it, hands down. It retains details at super high ISOs that don’t even exist on the Mark III. But the Mark III is a little more versatile than the Sony Alpha a7S.

If you compare this model to its predecessor, the Mark II, the Mark III is almost all-new. Everything has been upgraded. For one, it has dual slots for CF and SD cards. It has a locking exposure mode dial and a large depth of field preview button positioned especially for right-handed use. You can also program the button to access other functions. In fact, the camera is very customizable.

If you have the right memory card, the Mark III can record up to 6 frames per second of continuous shots. The 61-point autofocus system is quite advanced, very capable of keeping up with the action.

If you’re a videographer, you’ll see that the Mark III offers full manual control in movie mode. It shoots 1080p video at 30, 25, or 24fps. There are two compression methods available. One is intraframe, or All-I, and the other is IPB. Like with the Sony Alpha a7s, you can add an external microphone and headphones.

For still photos, the 22-megapixel sensor captures an immense amount of detail if you shoot in raw. JPEG format files lose some detail when there’s low contrast or a high ISO, but the softness is really only visible at pixel-level. The DIGIC 5+ image processor correct colors automatically for Canon lenses it recognizes.

Sometimes choosing between cameras can be a tough choice. But in this case, here’s what we would recommend.

The Sony Alpha a7s excels at recording video, even in very low light conditions. Its ability to handle high ISOs is much greater than the Canon 5D Mark III. It’s an extremely light and small camera that offers a lot of features that pros will like.

The Canon 5D Mark III is very versatile. While it records very good video, it also takes great still shots, especially if you don’t mind working with raw files. If you’re a strictly JPEG photographer, you might want to look elsewhere. But if you want a customizable camera that can handle a wide range of tasks, the Canon 5D Mark III might be exactly what you want.