As an Amazon Associate I earn from qualifying purchases.
Home
Monopod Reviews
Manfrotto 680b vs 681b – Monopod or not to Monopod

Monopods are a piece of photography equipment that can be extremely useful. Strong and stable, they allow for photographers to quickly change location and position without having to collapse legs or try to move a bulky stand in a small space. Monopods are favoured by sports photographers who need the stability that a monopod provides whilst still being able to change location rapidly and set up for their next shot without losing precious time. It can be hard to know which monopods are the best to buy, especially if you haven’t purchased one before.

Manfrotto have several different monopod designs on the market, but it is the 680B Monopod and the 681B Monopod that Manfrotto have created that people often struggle to see much difference between. 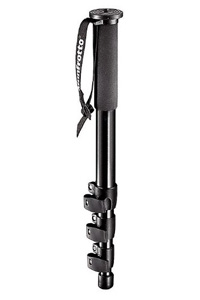 To begin with, the 680B monopod was brought out to replace the 680 and has more than adequately succeeded the earlier model. It has a maximum height of 60.0 inches when it is fully deployed and has a load capacity of up to 22lbs, making it strong enough to support a camera and lens combination without any problems.

It is also lightweight, making it easy to move quickly, even with a camera and lens attached to it. The 680B monopod folds away to a length of only 20.0 inches making it convenient to store and transport when it is not in use. The 680B monopod tube measures 28mm in diameter.

It comes with a male thread plate with a size range of ¼ inch-20 and 3/8 inch-16. The leg locks on the 680B monopod are flip locks so they are simple to operate and firmly hold the monopod at the height you set it at. The sure rubber grip means you can also be certain that it won’t slip whilst you are operating it. The quick action leg system that the 680B monopod is equipped with is another reason it is favored by sports journalists, as it allows for speedy set up.

Its size and weight make it ideal for travelling and use outdoors. The 680B monopod comes with 4 leg sections and a wrist carrying strap so you can keep your hands free when you aren’t using it. It is the cheaper of the two models and is ideal for those who need a steady shot, even in questionable lighting conditions. 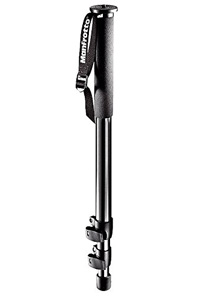 By comparison the 681B monopod doesn’t seem to have anything new to offer on the surface, save for a more expensive price tag. This isn’t the case, as though there are a lot of similarities between the two products, there are also several, very subtle differences.

The 681B monopod looks almost identical to the 680B save for the fact that the 681B monopod is bigger. It has a maximum height of 63.4 inches and has a load capacity of 26.4lbs meaning that it can support heavy cameras and lenses than the 680B monopod can.

Instead of being comprised of four sections, like the 680B monopod, the 681B monopod has only three sections to its construction and when it is folded away it measures 26 inches in length. It does come with the same sure rubber grip that the 680B monopod is equipped with, meaning that it won’t slip when you are lining up a shot or in the middle of taking a series of photographs.

The camera platform is also quite large on the 681B monopod, measuring 2.3 inches and comes with a plastic cover to prevent it from being damaged. The camera fixing screw is, like on the 680B, a duel fixing for both ¼ inch and 3/8 inch. It comes with a wrist carrying strap too, making it easy to transport.

The leg lock system on the 681B monopod is quick action with 45 degree flip locks, making it easy to adjust the height of the monopod without having to spend hours securing the legs once you have found the perfect height for your shot or shots.

Both units come with a mount for your camera but not head attachment, so if you are going to be using either monopod for something other than pointing and shooting, then you will need to invest in one separately.

Even with the difference in prices, there is not much in it between these two monopods from Manfrotto. They are both designed to be used outdoors and are strong stable units. If you think that your camera and lens combination leans towards the heavier side of things then you may want to invest in the 681B rather than the 680B for the added strength that the more expensive monopod offers.

If price is the deciding factor in purchasing your equipment then you are not losing out on very much if you choose the cheaper alternative of the 680B. Save for the increase in height and load carry capacity there isn’t much that would cause photographers to part with the extra cash that it costs to upgrade from a 680B to a 681B. Both are stable and reliable monopods that are perfect for sports photography and also for using when travelling around the country or even when backpacking.