There are some pieces of camera equipment that are much better suited to being used in an indoor setting than when travelling from place to place, whether that is because the equipment is too bulky to be transported and carried by an individual photographer or they have been designed to work best in a studio setting. The Manfrotto 055XPROB Pro and Giottos MTL9360b are both tripods that are best suited for use indoors, but choosing between the two is still quite difficult. 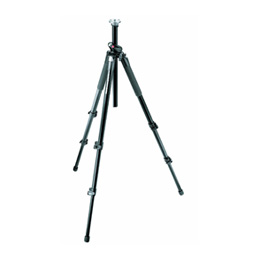 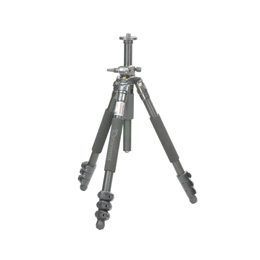 With the Manfrotto 055XPROB Pro has a patented feature center column that can be extended to its full height when in a vertical position, it can then be swung round from the vertical position into a horizontal one without needing to remove the tripod head or taking apart the tripod. This makes it even easier to take multiple shots of the same thing from different angles as well as helping to frame shots.

The Giottos MTL9360b tripod has an optional center column that allows the tripod to be extended to 61.4 inches in height, though without the center column the tripod can still be extended to a height of 54.7 inches. The minimum height for the Giottos MTL9360b tripod is 9.1 inches when using the optional short column. The legs are broken down into four sections which allow you to adjust the height of the tripod, but the legs don’t rotate.

The Giottos MTL9360b tripod is not a heavy piece of equipment, weighing just 5lbs and it folds up to a size of just 21.7 inches. This means that it can be transported with the smallest amount of fuss so it can be used outside and transported between locations, and the rubber feet mean that the tripod is unlikely to slip when it has been set in position. However, the legs require a tool kit to adjust them, which takes time and energy, and the center column also needs a tool kit to adjust it or to swap it out for the short center column.

For its weight, the Giottos MTL9360b tripod is surprisingly sturdy and comes with a tilt adjustment feature so that you can modify the angle of your shot. Though the tilt feature is extremely useful, it does have its limitations. Unlike other tripod and head combinations, the Giottos MTL9360b tripod has notches that when you adjust the tilt mean that you can’t always get the angle that you want.

The load capacity for the Giottos MTL9360b tripod is 17.7lbs meaning that it can support heavier camera and lens combinations that are used by professional photographers as well as smaller cameras.

Neither of these tripods is light enough to make a sensible choice for use when travelling as there are lighter and smaller alternatives available. That being said, the Manfrotto 055XPROB Pro tripod is an excellent choice for those who are looking for a replacement for their current tripod and will utilize the center column horizontal to vertical feature to improve their photography.

On the other hand the Giottos MTL9360b tripod is lighter and can support much heavier camera, lens and accessories combinations so is ideal for those who will tend to point and shoot sequences from a set angle.

Both tripods are reasonably priced, so they aren’t too big an investment for those who are looking for something sturdy to use in pursuit of their hobby. The Manfrotto 055XPROB Pro tripod is much better suited for beginners or those who don’t have a lot of time to spend messing around with leg and column adjustments.

The minimum height of the Giottos MTL9360b and the low angle adaptor on the Manfrotto 055XPROB Pro tripod make both tripods equally good at capture low angle and ground shots. The Giottos MTL9360b does have an advantage over the Manfrotto 055XPROB Pro tripod in that it does come with a head unit and a suitable unit doesn’t have to be purchased alongside the tripod.