As an Amazon Associate I earn from qualifying purchases.
Home
Complete Tripod Reviews
Gitzo GT1541 vs GT1542T vs GT1544T Review

If you’re a professional photographer you’ve certainly heard of Gitzo. They’ve been making photographic equipment for almost 100 years.Here are three Gitzo tripods that are made to be light and compact enough to travel along with you. Let’s see which one will help you get the great shots you want. 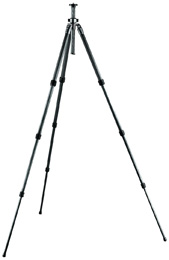 The GT1541 tripod is part of the Series 1 made by Gitzo. It’s the heaviest of the three in this review, but it still only weighs 2.47 pounds. On the plus side, this tripod is also the tallest, ideal for photographers who don’t want to bend over a lot to look through the viewfinder. With the legs and center column fully extended it reaches 62.60 inches, which is over five feet high. With the center column removed it is 54.33 inches tall. None of these three Gitzo tripods comes with a head although Gitzo says they are compatible with any head. Once a head is mounted it adds a few more inches, too.The GT1541 isn’t as compact as the other two tripods are when folded. It measures 21.26 inches long for storage.

The GT1541 is made of 6X carbon fiber and rated for up to 17.64 pounds so it can handle everything from compact cameras up to DSLR equipment. Since the tripod itself isn’t very heavy, there is a hook to hang a weight under it if needed. The legs have four segments with an anti-rotation system. This means the whole tripod can be set up or taken down in just a few seconds because all the rings can unlock at once. The G-Lock system keeps the leg joints rigid. It seems the only flimsy thing about the GT1541 is the storage bag that Gitzo includes in the box!

Here’s something else good about this tripod. The center column isn’t just removable; it can also be inserted upside down with the camera mounted on it. This is great for macro photography or other shots low to the ground. The tripod legs angle at 24 and 60 degrees, and they angle independently for uneven terrain. The minimum tripod height is 11.42 inches, also handy for macros. 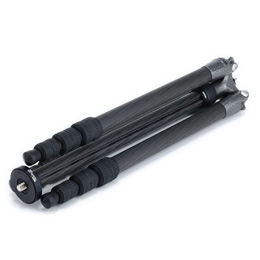 The GT1542T is part of Gitzo’s Traveler System and it is also Series 1. It’s almost the same as the GT1544T that we’ll look at later. It’s made of the same 6X carbon fiber as the other two tripods, and it’s lighter than the GT1541 we just reviewed. It weighs just 2.19 pounds. When it’s folded up it measures 16.73 inches, which is quite a bit more compact than the GT1541.

The legs have four segments and set up quickly because of the anti-rotation system. The G-Lock, or gravity system, keeps the open legs locked for stability. The more weight added, the stronger the lock. (And yes, they are twist-locks with rubber bumpers.)

The GT1542T is the second tallest of the three tripods in this review. It stands 58.66 inches high when the legs and the center column are fully extended, and it can support up to 17.64 pounds. Again, this works for quite a lot of DSLR cameras.

Speaking of heads, the GT1542T offers variable screw sizes: ¼” and 3/8.” There is no head included with this tripod but it is compatible with any head.

The center column is reversible just like on the other two tripods so you can get the camera close to the ground. When open, the legs’ minimum height is only 8.66 inches. This is almost three inches lower than the GT1541. This is useful for tabletop photography and macros.

In case it’s a windy day, Gitzo put a hook underneath so you can hang a weight to stabilize the tripod. 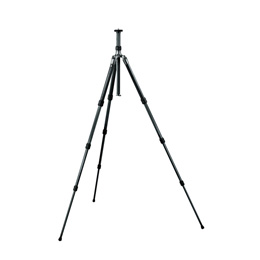 The final tripod in this review is also the newest model of the three. The GT1544T is the lightest in weight at 2.16 pounds. It’s the shortest when fully extended to 55.91 inches. If the center column is removed, the tripod stands 45.87 inches tall. Like on the other two tripods, the center column is reversible so you can get the camera low to the ground.

No head is included, but Gitzo says the tripod is compatible with all heads. They offer two screw sides, 3/8” and 1/4.”

The legs feature the same anti-rotation system and G-Locks, or gravity locks, that the other tripods have. It’s quick to set up. More weight on the tripod means that the legs lock tighter.When you’re done taking photos, the tripod’s legs fold up 180 degrees. It breaks down to 16.73 inches, the same size as the GT1544T.

These three tripods are all made of lightweight and strong carbon fiber. All of them have legs with four segments. None of them come with a head or with spiked or removable feet. They’re made for portability, not to replace a serious heavy-duty professional tripod. That all said, let’s see which one you want.

First, how much does your camera weigh? All three of these Gitzo tripods are rated for up to 17.64 pounds so they can handle some DSLRs and big lenses. Think about this when you’re choosing a head.

Next, how tall are you? If you plan to operate this tripod frequently, will you have to stoop to use it with your head and camera? The GT1544T is the shortest and the GT1541 is the tallest. See if one of the tripods comes up to your shoulder without a head mounted.

Finally, how much are you willing to carry? If you’re backpacking or flying budget airlines, ounces and inches matter. The GT1544T is the lightest in weight and the GT1541 is the heaviest. The GT1541 is the longest when folded up while the other two are more compact.The GT1542T falls into the middle with regards to weight and height.